You are here: Home / Archives for Young Adult Adventure 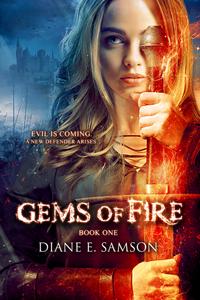 Gems of Fire by Diane E. Samson Palace of Sunderland. Paradise to the peasants. Prison to sixteen-year-old Anna, daughter of the king. She can never escape the castle’s cold walls and scorning disapproval of her father and his brute royal counsel, Seamus. She’ll always live in the shadow of her late mother the queen. Will they ever see her for who she really is? A riding accident lands Anna in the hands of traders who sell her as a slave in distant Kasdod to none-other than her father’s … END_OF_DOCUMENT_TOKEN_TO_BE_REPLACED