You are here: Home / Archives for space fleet invaders 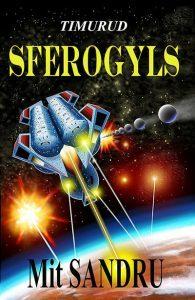 Sferogyls by Mit Sandru Evil empire attacks a peaceful planet. Fight or be enslaved. On Earth, Tim Andrus was a science-fiction writer, who, after dying, had his head preserved cryogenically – just in case he’ll get a second chance to live again. He was resurrected, not by doctors but by gods. To his surprise he’s not a mere mortal, but a god himself and his god-name is Timurud. Unfortunately, the life of a god is not all heavenly. Timurud, the god, must protect the good against the evil, … END_OF_DOCUMENT_TOKEN_TO_BE_REPLACED