You are here: Home / Archives for Sara Shafer 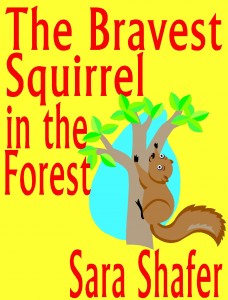 Everyone thinks Max’s sister is braver than he is, and he’s sick of it. He’s determined to prove he is the bravest squirrel ever. He devises a plan for the humans to trap him, so he can rescue his Uncle Louie. But things don’t go according to plan. First, he is forgotten in the cage. Then he is dumped out of a truck and abandoned in the forest with a hungry coyote hot on his trail. Max has to give up being brave and beg others to help him. When he has the chance to save Uncle Louie or … END_OF_DOCUMENT_TOKEN_TO_BE_REPLACED