You are here: Home / Archives for rpg 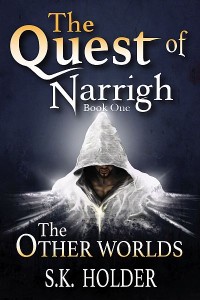 Genre: YA Science-Fiction & Fantasy, YA Fantasy, YA Action and Adventure THE OTHER WORLDS: where the realms of science-fiction and fantasy collide... Connor is playing an online computer game, The Quest of Narrigh, when without warning he finds himself in another world. He played the game well on his brother’s laptop. He defeated his enemies with his acts of defiance and bravery. Narrigh is now a reality. It is a world governed by magic, filled with hostile races, warring factions … END_OF_DOCUMENT_TOKEN_TO_BE_REPLACED