You are here: Home / Archives for Jeffrey Bensam 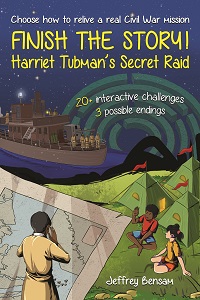 Danny and Kenna are watching TV at Danny’s grandma’s house when a storm knocks out the power. They’re left with nothing to do but listen to another one of his grandma’s “when-I-was-a-kid” stories. But this doesn’t turn out to be an ordinary story for the two kids -- or for you! Danny and Kenna thought that they had learned all about Harriet Tubman in school. But the two kids quickly learn that there is a lot more to this amazing American heroine’s story as they travel with Harriet Tubman on a … END_OF_DOCUMENT_TOKEN_TO_BE_REPLACED