You are here: Home / Archives for foxes

Virgil the Hound by Tere Albanese Virgil is a royally bred foxhound. However, he refuses to hunt foxes or anything else for that matter. The Master of Hounds treats him quite cruelly. Virgil takes it in stride and stays true to himself. On one particular hunt, Virgil did what he always does. The hounds went one way and Virgil went the opposite way. The Mater of Hounds sends one of the huntsmen after Virgil and tells him to tie his whip to Virgil’s collar and drag him back. But when the … END_OF_DOCUMENT_TOKEN_TO_BE_REPLACED 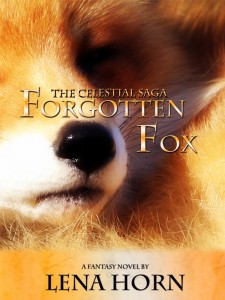 Forgotten Fox is the first novel in the series The Celestial Saga. In the world of Temis, where the Familiars have separated themselves from the other humans, eighteen year old Aruna finds herself exiled from home for not conforming to society, something that she did not even have control over. She is thrust into a dangerous wilderness where she is lost and alone. But she meets George, a mystical fox that grows a second tail after an encounter with a vicious animal. As Aruna searches for a … END_OF_DOCUMENT_TOKEN_TO_BE_REPLACED