You are here: Home / Archives for courage 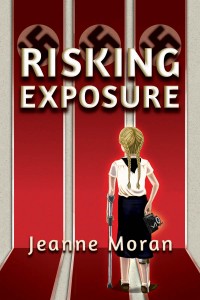 Targeted Age Group:: 12-18 Munich, 1938. Nazi Germany. War is on the horizon. A timid Hitler Youth member contracts polio. Photographs she takes of fellow polio patients are turned into propaganda, mocking people with disabilities. She is now an outsider, a target of Nazi scorn and possible persecution. Her only weapon is her camera. This well-researched historical fiction novel unveils a seldom-seen side of the Nazi agenda. A sequel is in the works. -...you will find yourself thinking of … END_OF_DOCUMENT_TOKEN_TO_BE_REPLACED