You are here: Home / Archives for ancient world 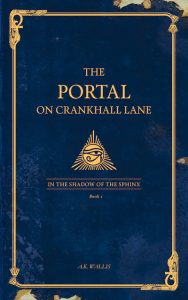 Targeted Age Group:: 9/10+ Thousands of years ago, in ancient Egypt, nineteen year old Tutankhamun is about to die. The details of his death will be known only to a few, who will seek to keep the truth a mystery for evermore. Theirs is an injustice that will prevent the Pharaoh from resting in peace and will prove a victory for the forces of chaos. In the twenty-first century, Charlie Swain is told the location of a secret portal. Through the writing in a mysterious book, he is called to … END_OF_DOCUMENT_TOKEN_TO_BE_REPLACED