You are here: Home / Archives for Teen - Young Adult / YA - Mysteries 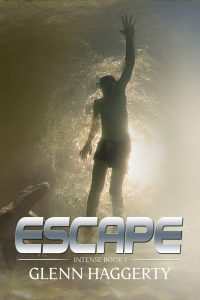 About the Book: “I’d never seen a dead body before, but I was pretty sure the guy in the car trunk was dead.” Middle school's tough, and Tyler Higgins just wants to hang with the cool kids. But Dustin’s idea of quality entertainment is spying on parked cars on Lover’s Lane. When two creeps show up with a body, Tyler doesn’t want to stick around. Then again, he might not have much choice. Targeted Age Group: Age 11-16 … END_OF_DOCUMENT_TOKEN_TO_BE_REPLACED 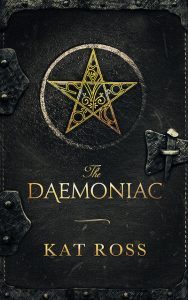 The Daemoniac by Kat Ross Sherlock Holmes meets The X-Files in Book #1 of this paranormal mystery series! It's August 1888, just three weeks before Jack the Ripper will terrorize Whitechapel, and another murderer is stalking the streets of New York. His handiwork bears the hallmarks of a demonic possession—but amateur sleuth Harrison Fearing Pell is certain her quarry is a man of flesh and blood. And she hopes to make her reputation by solving the bizarre case before the man the press has … END_OF_DOCUMENT_TOKEN_TO_BE_REPLACED 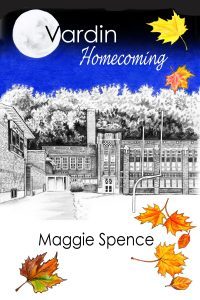 Vardin Homecoming by Maggie Spence Six former friends from Vardin Village reluctantly reunite eight years after the devastating homecoming weekend that tore apart their lifelong friendship. When they were seniors at Vardin Village High, they weren’t supposed to be in the abandoned Butler Building after the homecoming dance but the adventure seemed harmless enough… until they find their friend’s dead body. After fleeing the building just one step ahead of the police chief, the six teenagers … END_OF_DOCUMENT_TOKEN_TO_BE_REPLACED 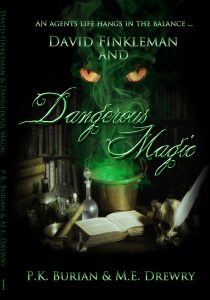 Genre: middle-grade mystical mystery Welcome to Olympia, home of magical secrets, dangerous monsters, mystical creatures, and the few people able to fight them! David is in the wrong place at the wrong time. Or at least, that is what he feels like when the FBI recruits him to go undercover in his high school. It's bad enough that he's been bullied by several football players, but now they are the very ones he has to investigate! He must find out if they are circulating a deadly drug with … END_OF_DOCUMENT_TOKEN_TO_BE_REPLACED 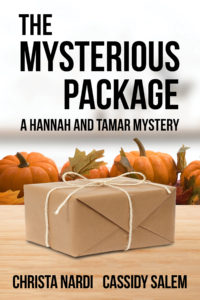 Genre: YA-Mystery Hannah and Tamar are looking forward to spending Thanksgiving break with their grandparents. On the long ride to Vermont, the sisters are quick to offer assistance when a fellow passenger – a girl in her late teens – is hassled by a rough-looking young man. Grateful as she may be for their help, Gwen is in no hurry to make friends, not even as she thrusts a mysterious package into Tamar’s hand and disappears in the Rutland train station. Puzzled by her behavior, Hannah and … END_OF_DOCUMENT_TOKEN_TO_BE_REPLACED 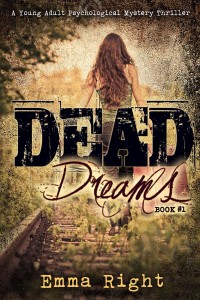 Eighteen-year-old Brie O’Mara has so much going for her: a loving family in the sidelines, an heiress for a roommate, and dreams that might just come true. Big dreams--of going to acting school, finishing college and making a name for herself. She is about to be the envy of everyone she knew. What more could she hope for? Except her dreams are about to lead her down the road to nightmares. Nightmares that could turn into a deadly reality. Targeted Age Group:: 13 and up. What Inspired You … END_OF_DOCUMENT_TOKEN_TO_BE_REPLACED 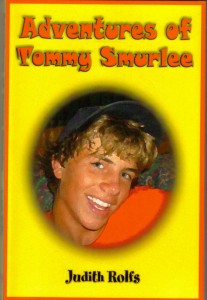 How do you operate a Wind Whoosher? What is a Twickle? Join Tommy Smurlee for an extraordinary summer at Dunster’s Camp of Mystery and Inventions. Exciting adventures await Tommy when Grandpa Smurlee locates a camp where children develop their imaginations, thinking skills, and learn good values. Discover the inventive camp activities in the Kinet Room and Twirl Lab. Will Tommy and his buddies master the Hedge Maze? Can the Silver Team locate the Secret Spring? Who can survive the … END_OF_DOCUMENT_TOKEN_TO_BE_REPLACED 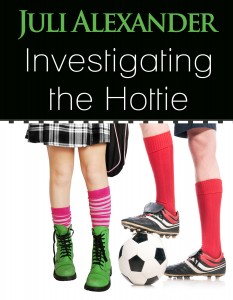 Peterson. Amanda Peterson. When my life suddenly turns into the Princess Diaries meets Mission Impossible, can I do in a week what I haven’t managed to do in all my fifteen years—reel in a hottie? When Amanda spends a week with her aunt, Christie, she learns that her aunt is a spy. Christie admits that Amanda has security clearance and has already started her training. When her aunt asks her to investigate a teenage hacker, Amanda thinks that spending time with a nerd should be doable despite … END_OF_DOCUMENT_TOKEN_TO_BE_REPLACED 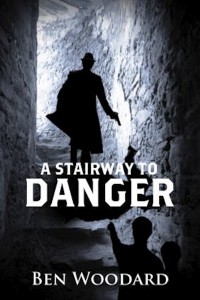 It’s 1923 and Tom and Will, two small town boys, discover the body of a local deputy. Was the death an accident? The boys don’t think so and become immersed in a harrowing mystery. A huge assailant with a single gold tooth attempts to kill them. With their friends, they battle the toothless giant and a shadowy group. Will Tom’s “crazy” book ideas save them or get them killed? And where does the stairway to danger lead? Author Bio: A spellbinding storyteller of high adventure, Ben has … END_OF_DOCUMENT_TOKEN_TO_BE_REPLACED

Then there was…him On rare occasions, some of us, the unlucky ones, stumble upon a false veil of reality hidden deep in the depths of the one we love. For eighteen-year-old Kimber Knowl, the fall had not been a leap of faith but a carefully choreographed deception. Then there was…her From birth Leo Chambers is conditioned for greatness; bred from the purest of bloodlines and sole heir of his family’s Nephilim council, a race descended from the first 9 Fallen Angels. And when the day of his … END_OF_DOCUMENT_TOKEN_TO_BE_REPLACED