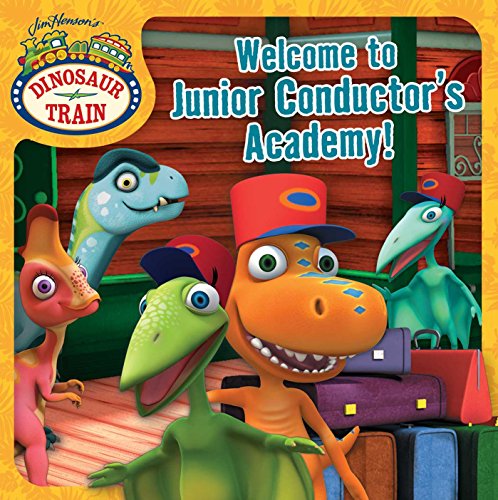 All Aboard! Join Buddy the T. rex and his adoptive Pteranodon family as they live and learn in the Mesozoic Era in this enraptoring 8×8 storybook based on Jim Henson’s Dinosaur Train!

All the dinosaurs are thrilled to be going to Junior Conductor’s Academy. Buddy is sure he is going to be a star until meets Dennis Deinocherius—he knows even more about dinosaurs than Buddy does! Instead of competing, Buddy decides that maybe it’s better to work as a team.

This storybook contains a nonfiction spread at the back with fun dinosaur data for kids so they can become dinosaur experts, too!