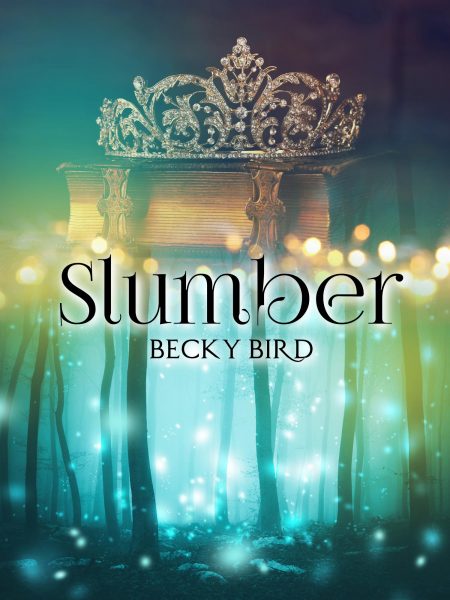 On his quest to find Sleeping Beauty, a shallow prince must rely on a tomboy peasant girl for his survival.

Prince Thomas cannot take the throne without a queen. Though the problem isn’t his lack of suitors but his refusal to marry a princess that is less than perfect.

The cardinal presents him with an opportunity: a quest to find the most beautiful princess in the land who has been in slumber for a century with the plan to kill the prince and take the throne for himself.

Luckily, Lucy, a spirited orphan runaway, saves his life and convinces the prince to continue the quest. When they eventually find Princess Aurora, they also find another contender – Prince Philip – vying for the princess’s heart.

A retelling of classic fairy tale Sleeping Beauty, Slumber is an epic and wholesome adventure full of magic, true love, and becoming the best version one can be.

What Inspired You to Write Your Book?
My love of Disney stories and strong female characters.

Her favourite memories of her childhood involved weekly trips to the book store after Saturday sports.

Becky loves fast paced stories, cats (most animals really) and strawberries 🙂
​
When she's not writing YA fiction, you'll find Becky bushwalking, at the movies, and chilling with family and friends.