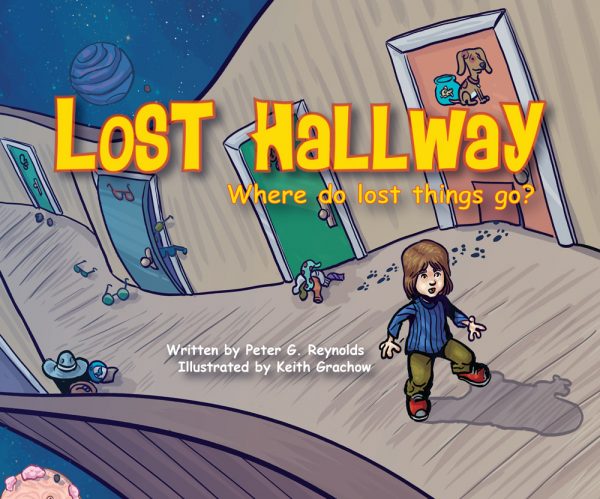 Lost Hallway is a 38 page, full colour picture book, filled with whimsical rhymes and illustrations. It’s perfect for tiny humans aged 3-7. It follows the adventures of a young boy who discovers a magical world that contains all lost things. There are rooms filled with keys. Rooms filled with pets. Rooms filled with socks and even lost bets!
“Hail to Canada’s Dr Seuss! Peter G. Reynolds and Keith Grachow have produced a charming children’s book that will make a perfect gift. Bravo!” Robert J. Sawyer (Hugo and Nebula Award-winning author).

What Inspired You to Write Your Book?
When my son turned five, he asked "Where do lost things go before they're found?". Like any good father, I answered, "to a magical world that contains all lost things". This was the inspiration for Lost Hallway.

Book Sample
Griffin was sad
So terribly so
Did my dog run away?
Where did my ball go?

You see Griffin had lost them
They were nowhere around
He searched and he searched
But they couldn't be found.

Gloves, socks
A young person's way
All can be found…
In the Lost Hallway.

Author Bio:
Peter is a writer and documentary filmmaker from Toronto, Canada. He began writing children's stories when his son was born in 2009. When his son Griffin turned five, he asked "where do lost things go before they're found?". Like any good father, Peter answered, "to a magical world that contains all lost things". This was the inspiration for Lost Hallway. When not writing Peter can be found performing improv comedy. He is currently busy working on Musings and Other Nonsense, a weekly podcast of children's stories and poems as well as a second installment of the Lost Hallway series and a YA science fiction novel.