You are here: Home / Free and Bargain Books / Bargain Books Under $3 / FISTOFMANIA: The Tale Of Isa Ali The Aboriginal Superhero Boxer Vol. 1 by Quincy McAdoo @FistofMania 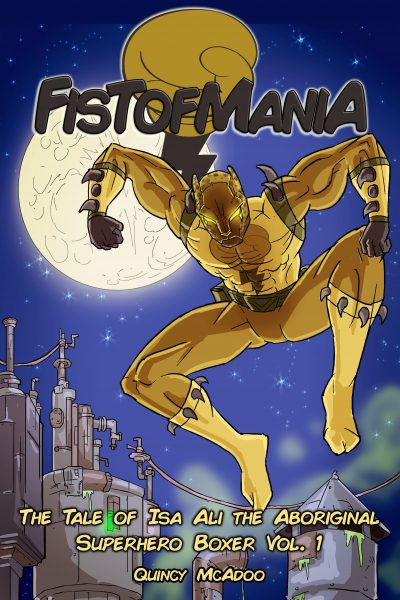 FISTOFMANIA is the thrilling story of Isa Ali, an Indigenous American boxer who is also a very wealthy businessman, philanthropist, and landowner.

Isa’s main rival is Inca El, who he has to fight. Before they meet, however, Isa discovers that there is a performance enhancing drug on the streets in the form of a canned drink. It’s called FISTOFMANIA, and Inca plans on using it.

The FISTOFMANIA drink gives extraordinary punching power to those who use it, and Isa needs to find its source. Concealing his identity in a clever disguise, Isa follows a lead he has hoping to track down the person who is selling it before the big fight.

In the meantime, Isa continues training hard. While he prepares for his showdown with Inca, Isa develops a hair testing kit that is designed to detect even the faintest trace of any narcotic used by the person. To keep the fight fair, Isa and Inca will both be tested on the day of their fight. In the end, the better fighter will prevail!