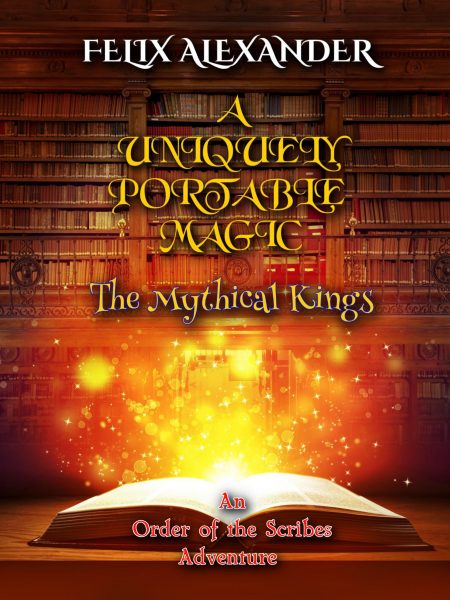 “The adventure begins with your imagination.”

Here’s the long and short of it. Well, the short version first:

As descendants of a secret order charged with protecting libraries and story tellers, Jaiden and Anjali Medina journey into story realm to find the mythical kings lest the Lord of Forgetfulness erases all legends, myths and stories from the memory of the world.

Not enough for you?

Okay, well, it’s the day after the Day of the Dead. Jaiden and Anjali Medina wonder why Papa never arrives to pick them up for visitation. Under the impression he is running late they go to the library for Story Time Tuesday and expect to meet him later. Nothing goes according to plan when the Storyteller learns of Papa’s absence.

Jaiden and Anjali discover Papa is a member of the Order of the Scribes, a secret
organization that has existed since the time of the Assyrian kings to protect the world’s first great library. The Order has fallen and the Lord of Forgetfulness has returned with the intention of erasing the memory of stories from the world.

Now Jaiden and Anjali have until sunrise—in the mortal realm—to find the mythical
kings—in the story realm—and lead them into battle against a great darkness before its
shadow crosses the veil between realms. To succeed they must apply everything Papa has
taught them about mythology and legend, and most importantly they must learn to use their imagination. For it is in the power of their imagination where they find the beauty
and magic only found in books.