You are here: Home / Children's Books / Children's - Fantasy / Under the Light of a Full Moon by D.A. McGrath 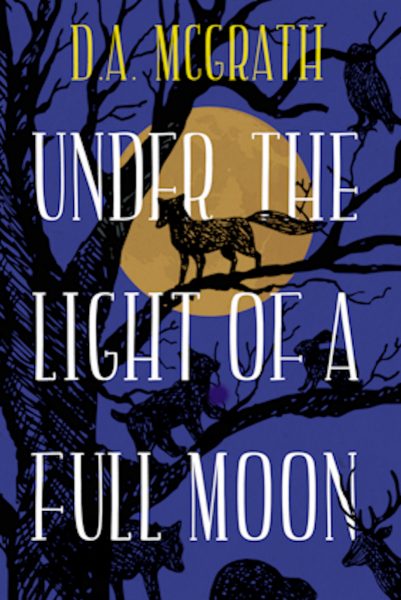 Meet Clara. An ordinary girl with an extraordinary secret…

Clara doesn’t think she’s special, until she starts having terrifying nightmares and hearing voices in the night. Then her great aunt, Selina, tells Clara something incredible. Clara’s a shape-shifter. But with this extraordinary, inherited gift comes a dangerous curse.

Clara thinks Selina’s crazy and dismisses her great aunt’s warnings but, no matter how hard she tries, the curse cannot be escaped.

Will Clara accept her fate and learn to control her new powers? Will she conquer the threats triggered by the curse – to her friendships, her sanity and, ultimately, her life?

‘Under the Light of a Full Moon’ is D.A. McGrath’s first book in the ‘Full Moon’ series. Introducing a captivating new hero in a thrilling fantasy adventure.

What Inspired You to Write Your Book?
I actually couldn't not write this book. Clara popped into my head as a fully formed character and I just had to write her story!

Author Bio:
D.A. McGrath was born in Chester, England. She became hooked on reading and writing after winning a ‘Winnie the Pooh’ book in a school competition at the age of seven.

When not writing, D.A. loves going on adventures to new places and learning new things about the Earth’s past, present and future. On those rare occasions when the UK skies are clear, she especially enjoys looking at planets, stars and galaxies through her telescope and imagining the day that humans can go beyond our solar system and into the unknown!