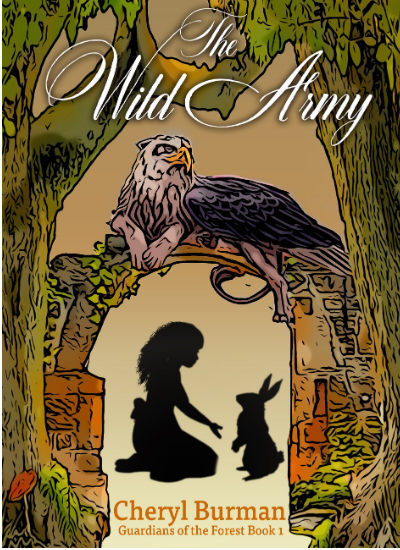 Callie’s forest rings to the thwack of enemy axes. Her people are trapped. Their leaders scoff at her warnings of the Danae’s fate at the hands of the invaders – their Forest razed and themselves sold as fairytale slaves.

When Callie searches for help in the secret places of the forest, she discovers her own magic. Will it be enough? The gryphon who watched over the forest is dying, her successor a mere baby.

The wild creatures will fight. But Callie also needs Tristan, the son of the destroyer. Will Tristan betray his father? Can Callie and the creatures stop the desolation?

Book One of Guardians of the Forest

What Inspired You to Write Your Book?
I live in the Forest of Dean, UK, a place which inspired Tolkien, and also Rowling, who grew up in this area. In 2010, the UK government proposed to sell off our public forests. National outrage followed, and I was heavily involved in our local campaign, considered the national leader in the movement (we've been there before, sadly). We won, and after it was over I was walking the dog among the oak and beech and the idea of a fantasy tale about invaders destroying a Forest, and its inhabitants, came to me. I wrote the trilogy as pure adventure, but reviewers have commented on its strong but not blatant environmental message. Kids age 8 to 80 love them.