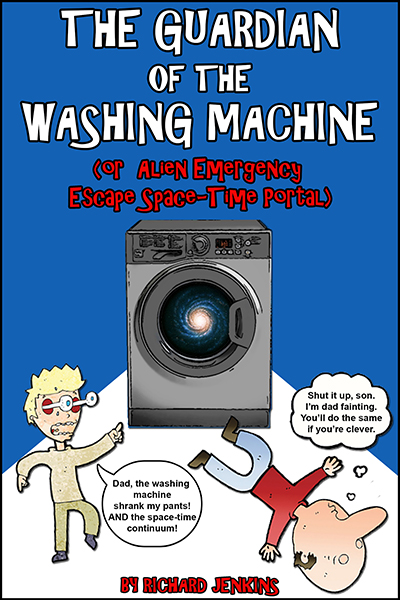 Siavash has spent the last few years transforming his house into the world’s first intergalactic space taxi. All he needs now is an intergalactic spaceship engine. As no such engine exists on Earth, he plots to acquire one from an advanced alien civilization. His children, Fairuza and Giovanni, think their dad is properly nuts. But little do they know that the second-hand washing machine Siavash mysteriously acquired does more than clean their dirty tops and smelly socks. After an accident involving his Intergalactic Space Taxi uniform, a super-sized doughnut packed with the stickiest jam his Nan has ever made, and an improvised ballroom dancing routine Giovanni takes the washing machine to maximum power, and his family to somewhere lost in space and time. Stranded and in danger, the family finds themselves at the mercy of a crazed alien robot whose dastardly plan looks set to destroy them all.

What Inspired You to Write Your Book?
The premise made my five-year-old son laugh, so I wrote it for him.

Author Bio:
I am a 49-year-old who has been writing most of his life. So far, I have published five books.