You are here: Home / Teen - Young Adult / YA - Religion & Spirituality / The Amazing Adventures of Toby the Trilby by Angela Castillo 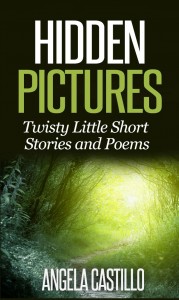 He was born underground, at the edge of the world’s destruction. Twelve years old, Toby has never seen the sun. Created by six scientists who accidentally gave him cat ears (and a tail), Toby decides to leave the safety of his cavern world to seek answers. Did anyone survive the Great Destruction? Why has he been hearing a mysterious Voice? And, most important of all, does he have a soul?

What Inspired You to Write Your Book?
Kids these days have such a hard time with self-esteem and purpose. I wanted to write a book about a boy who was born with cat ears and tail, so the only one like him in the whole world. He struggles to find out why he was created, and if he has a place in the world. Through the book, he follows the voice of God into many adventures and learns the value of his unique characteristics.

How Did You Come up With Your Characters?
I have a lot of older characters interacting with younger characters in my book. I have always loved working with elderly people and listening to their stories, so I had fun creating people I would like to know. Toby is of course, part cat, and I love cats. I love their curiosity, amazing skills, and the way they move. I also based Toby’s personality, in part, on my oldest son.

Book Sample
The procession moved slowly. The people were dressed in garments constructed from swamp moss. Hair woven in round, basket-like shapes rested on the shoulders of men and women, shades of umber, silver and white advertised varying ages. Beards hung down almost to the men’s waists, hairs curling to meld with their outfits. Toby was fascinated, having never seen so much facial hair except on films. The people marched in silence, resolution covering their tanned, strong faces.
A girl stumbled along in the center of the crowd. She wore a pure white dress, in stark contrast to the rest of the group. Golden hair spilled down her back. She could not hold a torch, since her hands were bound together in front of her.
Why was she a prisoner? Toby’s heart beat faster; the girl must be in danger. No weapons were visible, but if discovered he’d be overpowered in an instant. Beads of sweat formed on his forehead despite the cool evening. He didn’t dare wipe them off. Perhaps if he followed the group he could find a way to help the girl.
He stayed back while keeping the group in sight, thankful again for his light build. A twig cracked under his foot and he froze. Panic welled up in him then dissipated when no one turned.
The group followed a well-worn path. They crossed a rope bridge, the bound girl stumbling as the structure swayed. The people watched her struggle to regain her balance, but no one offered a hand to assist her.
The procession came to a sudden halt. Coils of serpentine brilliance stretched before the leader of the group. Calmly and without a sound, the man found two sticks and gently moved the snake to the bushes on the side of the path. The march continued.
Small, stifled sounds drifted over the people’s shuffled footsteps. Was the fair-haired girl crying?
The path widened, then split in two, circling a large swamp. The glossy, black edges seeped past the view of the torchlight. Patches of slime floated on the surface of the water. A dock made of logs and rope jutted out towards the center, with extra sections of rope coiled to the side. Chunks of rock served as a crude staircase to reach the edifice.
The people placed torches on stakes set a few feet apart. The flames made eerie shapes as they flickered in the breeze. The leader approached the girl. When he turned his face, Toby glimpsed an ancient scar that slashed through his cheeks and lips, disappearing under his white beard.
The man grabbed the girl’s bound hands and jerked her towards the dock. She screamed and tried to pull away. A younger man yanked her back and slapped her face. The sound echoed through the swamp.
Help her. Toby fought the instinctive cry in his head. He watched, useless hands gripping branches at his sides, while the men forced her up the steps and to the end of the dock. The girl’s shoulders slumped and silent tears coursed over the bright red mark on her beautiful face.
The scarred man raised his hands high in the air. His wild eyes glowed in the lights.

Author Bio:
There’s magic all around us, if we just know where to look. Angela Castillo has a goal as an author; to help people see. She comes from the small town of Bastrop Texas, where she loves to walk in the woods and shop in the local stores. Castillo studied Practical Theology and Music at Christ for the Nations in Dallas, Texas. She was home-schooled all through high school and is the oldest of 7 kids. Castillo’s greatest joys are her little girl and two boys, who ‘are the best inspiration for writing ideas.’ Castillo has been published in The First Line, Aardvark’s Ark, Heartwarmers, Thema, and several other publications, and also has works available on Amazon in paperback and Kindle format.