You are here: Home / Archives for science fiction 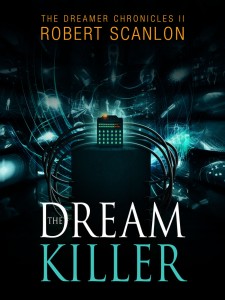 Sarina is back in Book Two of The Dreamer Chronicles! And the unlikely 12-year old saviour of a parallel world is plagued by anxiety. She cannot afford to miss what might be her only opportunity to fulfil her dream, and win a place at a prestigious art school in Paris. But when she experiences dizzy spells and starts blacking out, she becomes convinced she has inherited the same mental illness that confined her two great-aunts to an institution for most of their lives. Her good friend, … END_OF_DOCUMENT_TOKEN_TO_BE_REPLACED 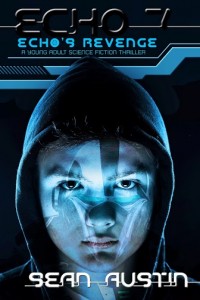 The entire gaming community is in awe of fourteen-year-old Reggie who can take just minutes to destroy the bloodthirsty monster, ECHO-6, in the bestselling video game, ECHO’S Revenge. Reggie can’t wait to test himself against the game’s new and improved monster. But there’s a glitch in the new release. The manufacturer releases a live version of the monster into the real world and now a 35-foot tall extreme predator clad in impenetrable armor with the power to shape-shift and turn invisible … END_OF_DOCUMENT_TOKEN_TO_BE_REPLACED 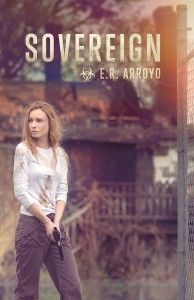 Chemical warfare has obliterated most of the world, including America, and the survivors have turned into feral beasts, save one colony, Antius, the last remnant of civilization. Seventeen-year-old Cori (aka Citizen 1206) only longs for wide open spaces and freedom. But Antius has no use for such things, just mindless drones to serve in a place with walls, fences, and laws. A lot of laws, which Cori constantly breaks. So she’s spent years plotting her escape, which is the only thing that will … END_OF_DOCUMENT_TOKEN_TO_BE_REPLACED 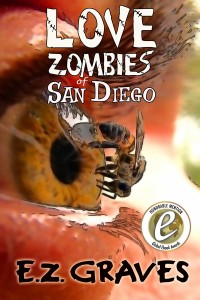 Global Ebook Award Winner: For a Limited Time Get it for $.99 The Most Fascinating Take on the Zombie Genre in a Long Time “When a mysterious zombie virus threatens the world, it’s up to teenage 'love zombies' to stop it. Musgrave supplies enough jugular-ripping, entrails-feasting carnage to satisfy any fan of the genre...Yet there’s also leavening humor, as well as unexpectedly resonant, emotional moments: When Josh drives a car and feels the steering wheel 'smooth in my hands,' he says, … END_OF_DOCUMENT_TOKEN_TO_BE_REPLACED

Author Bio: Author of popular YA dystopian series, the Dwellers Saga and the Country Saga. Voted books to read if you enjoyed the Hunger Games on Buzzfeed and Listopia. Join 1,700+ David Estes Fans and YA Book Lovers Unite in David Estes’ official fan group at: http://www.goodreads.com/group/show/70863-david-estes-fans-and-ya-book-lovers-unite David Estes was born in El Paso, Texas but moved to Pittsburgh, Pennsylvania when he was very young. David grew up in Pittsburgh and then went to … END_OF_DOCUMENT_TOKEN_TO_BE_REPLACED 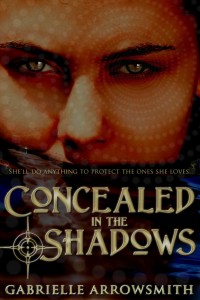 Sydney Harter has long awaited September 12th, 2033--her eighteenth birthday. She can finally apply for guardianship of her sister, who is her only family and entire world. She hopes they will be lawfully reunited, but is prepared to defy authority and risk everything to escape the captivity of Miles County so that they can be together. Escaping will be difficult and dangerous. Citizens are bound to their county by sophisticated chip implants that deliver shocks to those who dare to cross the … END_OF_DOCUMENT_TOKEN_TO_BE_REPLACED

Author Bio: Jeff Bilman has dabbled in cartooning and illustration, film and writing for many years. This has included: writing and illustrating cards for a major greeting card company, awards for his short films, and a couple feature-writing assignments for producers in Hollywood. Since having his two boys, Jeff’s focus has switched to writing books for children. He loves humor, and the tradition of storytelling to demonstrate concepts that may help children traverse some of life's … END_OF_DOCUMENT_TOKEN_TO_BE_REPLACED

Author Bio: I am a stay at home wife and mother who, after years of working in an office cubicle, decided to follow my dreams of becoming an author. I was always so inspired by articles of authors, actors, and artists of every kind who were so talented and I finally realized the common thread they all share is that, when it came right down to it, they went for their dreams. I have always loved to write (in fact, in high school I wrote essay papers for all of my friends but shhhh... don't … END_OF_DOCUMENT_TOKEN_TO_BE_REPLACED

Author Bio: New to the ranks of fiction writers, R.E.Weber has taken his first step into the world of the written word by publishing 'The Star Agency' eBook - an Interstellar Secret Agent adventure, aimed at older children and young adults. A passionate reader of many fiction genres, both for older and younger readers, he hopes to publish further science fiction novels in the coming years. Currently lives in Bedfordshire, England with his wife and cat What inspires you to write? The … END_OF_DOCUMENT_TOKEN_TO_BE_REPLACED 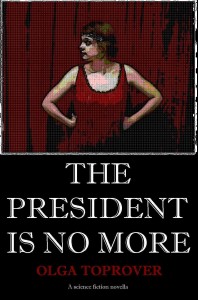 In a future where progress is accelerating beyond humanity’s ability to keep pace, the Humanists are trying to live in harmony with nature and avoid the advancing technology. One night, a fire destroys Kingstown – the Humanist settlement on the West Coast. As details of the tragedy emerge, outrage sweeps the Unites States, putting President Bill Freeman’s reelection prospects in doubt. Negotiator Mia Arc faces a challenge of a lifetime when she’s asked to defend Humanist rights in the face of … END_OF_DOCUMENT_TOKEN_TO_BE_REPLACED