You are here: Home / Childrens Books - Middle Grade / Soraia, Child of the Sea by Leen Lefebre 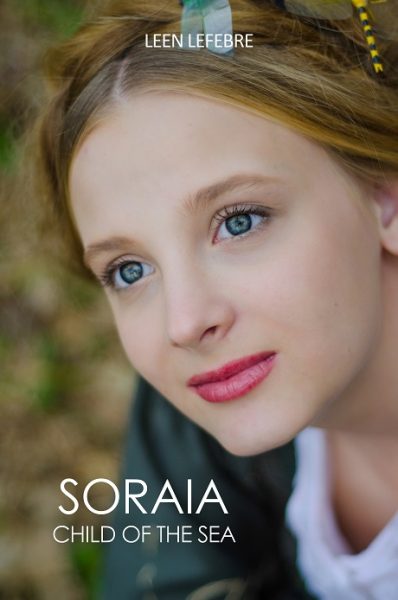 Princess Soraia is bored to tears within the castle walls. For once, she is allowed to go on an adventure. In the valley, she falls in love. Then, totally unexpectedly, the fleet of King Netuno anchors. With privileges come obligations, but can they be circumvented? A touching Azorean legend, an enriching at-home experience; the perfect family read (aloud)!

What Inspired You to Write Your Book?
An Azorean legend and the four seasons inspired me to write this summer tale.

There once lived a king on a ship very far away from here. His name was Netuno. He ruled like a god over the Atlantic Sea and a group of islands called ‘The Azores’ that majestically rose from the sea.
The only thing King Netuno cared about was expanding his territory. He would gather his troops and fiercely go to war to conquer the tiniest country. Nothing else mattered, not even his own child.
On one of these islands, Soraia remained orphaned in the castle on the mountain range surrounding her father’s farmlands. Because her mother, their previous queen, had passed away far too early, an old lady-in-waiting took care of her. Dores, who once assisted the queen, became wearier every day.
“Princess!” Her voice cracked while coming to a panting halt for a moment and then she chased after her again. “Child of the sea; wait!”
She gasped for breath with every step, but Soraia would not listen.
Dores’ sigh echoed up the stairs in the tower. Her ageing sight followed the little shadow floating up ahead. The sea air, forcing its way through a window, was now closing in on the girl. Her silk dress fluttered around her frail body.
Soraia never really stood still nowadays, almost as if she had suddenly become part of the endless swell at sea. She constantly skipped up and down, and back up… and down.
The distance between the two of them increased. The pitter-patter of the shoes faded away. Dores shook her long, white hair. The little princess was full of life and had all the energy that she lacked.
She cast a long glance out of the tower window. No, she could not escape it: the years that surged by would never come around again.
Worrisome thoughts engulfed her as she sank deeper and deeper into the pond gilded by the setting sun. And, her soul would only be freed when the sound of the sea smashing against the castle walls drowned her thoughts.