You are here: Home / Teen - Young Adult / YA - Science Fiction & Fantasy / One by Ron Glick 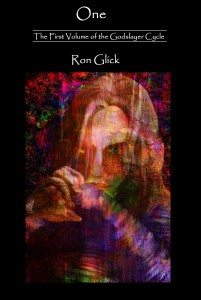 The second book in this series will be released on July 1, 2013. This is a promotional freebie designed to prime readers for the next book’s release.

For generations, the Gods have been at war. Two rival pantheons, the Old Gods and the New Order, have been vying for the faith of the mortal realm. Bound by the covenants between mortals and themselves, the Old Gods have all but vanished from the land. Now Malik, the God of War and Peace, has devised a plan to champion the war and win back the faithful they have lost. He has created nine swords, each a godslayer in its own right, designed to be given unto the faithful, with the mission to seek out and slay the Gods of the New Order! However, even the best laid plans of a God can go awry, and the swords were cast into the mortal realm, ensorceled in a prophecy that has bound the Gods to a new set of rules, a set that requires their creating a mortal agent in the world to seek out the swords and assure their purpose be carried out.

About the Author:
Ron Glick (born January 20, 1969) is a community activist, and is presently active in several charitable enterprises – including running a safe and sober gaming program called GameHearts (http://GameHearts.org). He was born in Plainville, KS. After living in various states, he currently lives in Kalispell, MT. He is unmarried, with ambitions to someday change that. He is the author of The Godslayer Cycle, Chaos Rising and Oz-Wonderland series, and he is presently writing the second novel of the Oz-Wonderland series, Dorothy Through the Looking Glass.