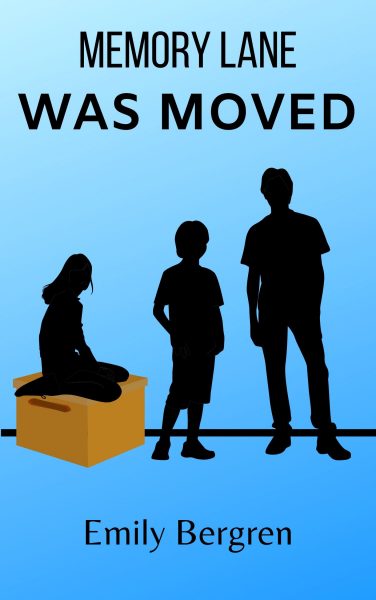 Eleven-year-old Travis remembers escaping from the Child’s Rescue Agency.
And that’s all he remembers.
Suffering from retrograde amnesia, Travis sets out to uncover his past. Unaware of the fact that he is being tracked down, he teams up with Sadie and her older brother, Robert, to discover more about his memory loss. When a man named Larry climbs in through the top-story window claiming to have know Travis all his life, Travis sees a chance to find his parents. And he takes it. But little does he know that he is jumping headfirst into an adventure to protect national security from a product known only as HANDSHAKE.

What Inspired You to Write Your Book?
I was watching some of a Jason Bourne movie, and I started to write a book about a kid with memory loss who had expert fighting abilities. After I wrote quite a bit of the story, I decided something wasn't right and scrapped a lot of it, molding it into what is now known as Memory Lane Was Moved.

Book Sample
He awoke. His heart was pounding. He could hear it pulsing against his ribs. The boy’s eyes roamed across the unfamiliar room. Green walls, white door, no carpet. Sitting up, he looked more closely.
One bedside table.
One power outlet. Its two plugins were capped.
One bed (which he was sitting on) with white sheets and a white blanket.
One furnace vent, too small for a human to fit through.
Zero windows.
His brain absorbed this information with a few quick glances and neatly stored it in one of his many mental filing cabinets. Aside from this, these were practically empty.
He could remember nothing. Not how he got there. Not why he was here. Not even his age. Not even his name.
He jumped to his feet and peered underneath his bed. Nothing. Next, he rushed over to the bedside table, yanking open its drawer. There were several articles of interest inside.
One mirror.
One pencil.
One notepad.
First, he examined the mirror. It was rather dirty, with dust and dirt flecked across its surface. He wiped it vigorously, then looked again, studying himself. The reflection was of a boy, about eleven years of age, with light brown hair and serious eyes. He pushed the hair back from his face and instantly noticed the ugly wound underneath it. Most of the wound wasn’t visible, but this new piece of evidence shed a different light on the matter at hand.
Next, he flipped through the notepad. Nothing was written inside. He put everything back inside the drawer and slammed it shut.
He shoved his hands into his pockets. Wait. There was something inside. He drew out a paper clip, slightly bent, but obviously brand new. He turned it over and over in his fingers. Then, he looked at the lock. Bing, bang, boom.

Author Bio:
As a preschooler, Emily Bergren was already writing books. She even had her own secretary because she couldn't write very well herself. One of her first characters was a little boy named Bob the Baby. He liked to jump on people's heads.
Emily has written for organizations such as Kingdom Pen and Schoolhouse Teachers. Her ongoing series, Memory Lane, is available on Amazon. In her spare time, she dabbles in videography and sings musical theatre songs.