You are here: Home / Free and Bargain Books / Kindle Unlimited eBooks / In The Hole by Ben Levin 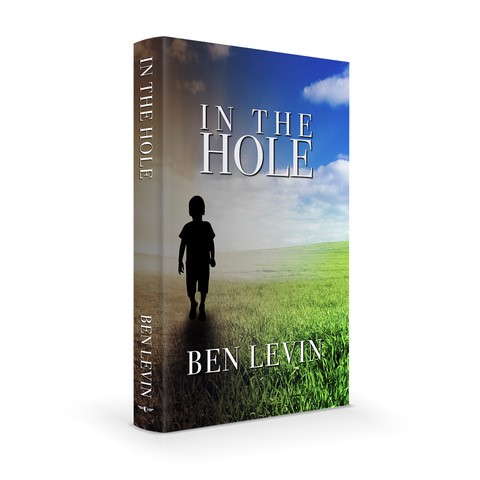 Life goes from great to worst for nine-year-old David Kimball when his father loses the family restaurant. Then, David loses his prized possessions. Finally, after a basketball victory, the Kimball’s house goes too. Force to live in a borrowed car until it, too, is taken, David, Mom, Dad and sister, Julia, seek shelter. A derelict inn with other homeless folks drives home the reality that David is in the hole. Poverty is more than David can take! Bulled by peers, David deals with his father’s alcoholism. As a young athlete clinging to hope, David works harder than ever. Soon stronger, he finds ways to support his family. Through thick and thin, teammates stand by him. David and his family face the biggest challenge of all when Julia slips into a coma from lack of nourishment. Terrified he may lose his beloved little sister, how does David help his family out of the hole of homelessness?

What Inspired You to Write Your Book?
My latest book, In the Hole, which is my first Young Adult novel, was inspired by a class at religious school where my rabbi showed my class a video about homeless children in Florida. Seeing their struggles opened up something in me and I wondered if maybe I could help with my writing. I then pictured my main character, David Kimball, and his story slowly began to come to me. I am delighted by how much potential I’ve been told In the Hole has to raise awareness about the homelessness crisis, and I really hope reading about what David went through can inspire other young people to overcome their own problems.

Book Sample
Even though my family and I were now poor, life continued. For Christmas, I got new sneakers from my neighbors. The sneakers had originally been for my neighbor's son, whose parents had wanted to him to play basketball. As it turned out, he had no interest and we had the same shoe size, so our neighbors gave the shoes to me instead. Also, on January 5th, I turned nine and to celebrate, my friends and I watched basketball with popcorn drenched in butter.

Plus, not even being poor could take away my happiness about a certain fact: my Owls basketball team's season was finally here. As a basketball player, I may have been short, still, I was really, really fast and extremely coordinated. I also had a great shot. And even though I wasn't getting as much food as I was used to, I was only hungry sometimes and I felt like my skills were increasing by the minute. By January, I'd played four games with my club team, and even started in one of them (most games, I was the fist sub).

The week after my birthday, my friends and I had a game against the Northeastern Wood Creek Barbarians. They were our worst enemies in the Community Basketball League and we were determined to beat them!

The game ended with the score 55-33, Owls. We were thrilled! In fact, our euphoria over the win last almost a week. Well, my teammates' happiness lasted. Mine lasted until that night – when my mom picked me up looking sad.

"Mom? What's wrong?" I asked, my grin facing as we walked away from school toward the car. Mom took a deep breath.

"I have been struggling to figure out how to tell you this all afternoon. I wanted to wait until after the game to tell you the news. Come on." I instantly forgot about the game. I knew something was really wrong. I just knew.

Julia and Dad were in the car. Dad looked miserable, and Julia looked very confused. We drove to our house. When we got to my driveway, it was blocked by a large open truck. Inside were our couches, beds, tables, chairs and toys. A few things, like the kiddie bookshelf with the tars on it, still stood on the driveway. Most of our stuff was inside the truck. I jumped out of the car and peered inside the house. All the furniture was gone.

That's when I realized the truth: we had been evicted. Thrown out. I felt humiliated as it sank in. It hurt like crazy! I was stunned!

How could this have happened? I wondered.

Author Bio:
Ben Levin is an autistic teenage who has been in love with stories ever since he was a little boy. “Stories constantly pop into my mind like magic and I feel a need to share them with other kids,” says Ben.

His breakout novel, “In The Hole” (Jumpmaster Press, Fall 2021) gives hope and inspiration to young adults and their families who face homelessness and economic insecurities during this challenge time. Ben’s greatest wish is to bring joy through his writing to kids all over the world.

Ben is proud to be autistic and is using his status as an author on the spectrum to serve as an example of how autism is not a setback, but a gift. He wants others on the autism spectrum to know that they are as capable of following their dreams as anyone else. “The label doesn’t matter,” says Ben. “We are capable of making our dreams come true too!”

Born in Lexington, Massachusetts, Ben currently resides in New Jersey with his parents, brother Jake and two dogs. When he isn’t writing, Ben enjoys reading, playing sports, hanging out with friends, and listening to the Beatles.