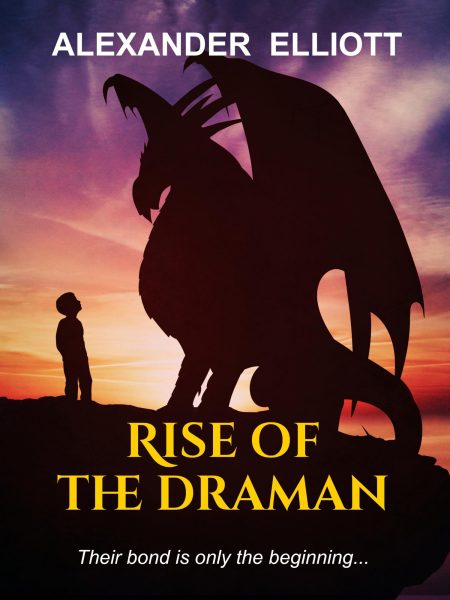 Orphaned as an infant, Croft spent his early years in the harsh confines of the Abbey, dreaming of befriending a dragon. When the day finally came, an accident leaves him utterly changed and bonded to a beast named Rueloo. Facing prejudice and fear, Croft builds a quiet life in the nest among his dragon friends – unaware his unique abilities would soon be needed.

With a powerful foe marching towards their borders, King Augustus appeals to the dragon child for his help. Croft’s example of sacrifice, kindness, and bravery inspires the people of Spiredale to unite and overcome. With the dragons, they forge a powerful alliance and embrace an entwined future neither were expecting.

In this five-story collection, join Croft and Rueloo for a series of adventures filled with intrigue, survival, love, sorrow, and triumph. Their bond is only the beginning…

Book Excerpt
Careful not to frighten the young one, the dragon quietly coaxed the two-leg out with her musical call. She could smell the hatchling now, its distinct odor unmistakable. Her sharp ears heard its deep breathing and the rustle of tall grass as it made its way cautiously towards her. She lay on the soft ground so as not to tower over the small human and lowered her head, yellow eyes gleaming with delight when it stepped into the clear.

Making mouth noises, the little one came closer with an outstretched limb the humans used for grasping. It was pale, without claws, and looked both smooth and harmless. Instinct took over and Rueloo flicked her forked tongue across the strange warm flesh for a taste. The human jumped back, emitting a series of high pitched noises. It didn’t seem frightened and moved closer once more to gently touch Rueloo’s wide, flat snout.

The odd sensation pleased her; scales gently stroked while avoiding the sharp spikes elsewhere on her face. The human lowered the limb and looked behind her at the remains of the dead cat. More mouth noises followed and then a quick inhalation of breath as the young one spotted her bleeding forelimb. The mouth sounds changed now, and Rueloo believed the human was unhappy. She watched in confusion as it removed some of its outer covering and crouched down to wrap her wound.

Though the gash pained her, it would heal quickly enough during the night with the powerful fresh glow-ore waiting in her nest. The human would not know this, of course, but it seemed to want to help. She crooned as it secured the covering and then stooped to wipe her blood from its grasping limbs on the soft grass. Amid more mouth noises and gestures she finally understood it meant to take leave of her and return to its nest, just as she needed to do.

After several steps toward the trees, the human turned, raising its limb in the now-familiar gesture. Rueloo called quietly to it in response and leapt into the air, intent on watching the hatchling from above until it reached its nest safely. Once it did, the contented dragon hurried back to her mountain home and her precious eggs.

Visit Alexander’s Home Page
Go Get This Book on Amazon