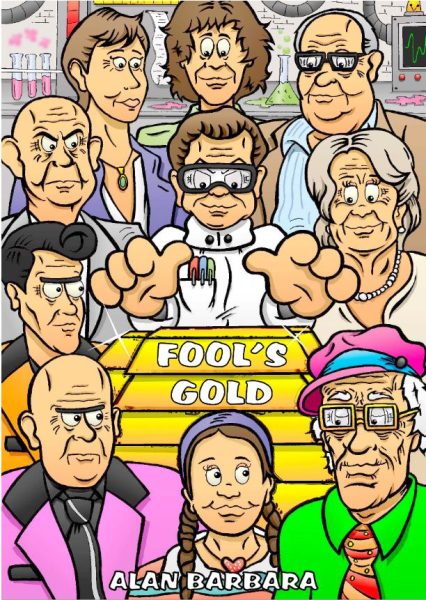 What do you get when you mix some albino terrier fur and sand from Alum Bay? Timothy Pinkerton knows, and he’ll do anything to get his grubby hands on more of what he needs for his secret formula. Anything, including hypnotising the town’s residents and stealing their homes.
It looks like another boring summer of collecting crisp packets and playing the bagpipes for twelve-year-old Lottie Baxter. But a crazy adventure begins when she’s given a pencil case full of gadgets with remarkable abilities. Not a minute too soon! It falls on Lottie and her eccentric and cheese-loving great granddad, Cheddar George, to save Alum Bay and put a stop to Timothy Pinkerton’s evil plan to become a gazillionaire.
A laugh-out-loud adventure for kids aged 8-88!

What Inspired You to Write Your Book?
I wanted to write books that are good old-fashioned adventures.

Author Bio:
Alan Barbara is a children’s author from the UK and lives in Berkshire (near The Queen) with his wife and dog, Ted.

Writing stories that capture the imagination of children aged 8-88 is Alan’s aim and he certainly does that in his good old-fashioned Lottie Baxter adventures. He’s always dreaming up new characters for his stories and often wakes in the middle of the night with a great idea for a plot!