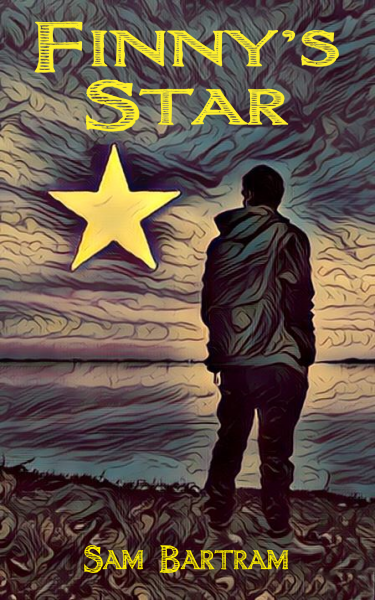 Peter considered himself to be a normal thirteen-year-old boy. At least he did, until the unexpected loss of his best friend Finny turns his life upside down. Concerned about their son’s struggle to cope with this shocking turn of events, Peter’s parents decide to take him away on holiday to a remote Scottish island, hoping that a change of scenery might help. Despite his initial reluctance, Peter is surprised when he starts to enjoy the holiday, helped in no small part by making a new friend who is intent on showing him the beauty of her island. However, it starts to become clear that not all is not as it seems on the island. Mysterious events and chance meetings with a host of unusual characters lead Peter to become embroiled in the adventure of a lifetime.

What Inspired You to Write Your Book?
This is my first novel – I have always wanted to write a book, but this year finally decided to take the plunge! It has been a great adventure!

I wanted to write a story that combined a classic children's/young adults adventure/mystery with an exploration of one boy's struggle with losing his best friend and how he works his way through managing his grief. The result, I hope you agree, is a combination of sad, happy, hopeful and poignant, as well as funny and exciting in places too.

Book Sample
It was Thursday. The very first day of the school holidays. A cause for excitement, or relief, or just plain old sheer unbridled joy. At least it should have been, but I was absolutely dreading it. For the last two months, I had been burying myself in school work. Homework. Athletics Club. Even housework occasionally, when there was nothing else to keep my mind active. That was particularly disconcerting for my parents, I’m sure. These next six weeks would be the longest six weeks of my life, I was absolutely certain of it.

The nights were the worst. At least during the day, you could find something to do, however inane, to fill the time. To escape the dense fog that had descended two months hence. The nights though – just me, alone with my thoughts, nothing to distract or keep me busy. I wouldn’t say I had reached the stage of being an insomniac, but I did everything in my power to ensure that when my head hit that pillow I was beyond exhausted and had zero capacity for thought. Running every evening, that was my thing. Pounding the pavements. Turning the treadmill (my dad’s previously dust ensconced retro treadmill in the garage). To avoid any risk of mid-run contemplation, I listened to music as I ran, replaying the words in my head over and over. No unwanted thought was getting in there. Not if I could help it.
If this is uncomfortable to listen to, then imagine what it’s been like to live this strangely humdrum existence. Two months ago, I was normal – at least I thought I was normal. I did normal things, like a normal thirteen-year-old boy. Just normal, bog-standard, average, run of the mill, and every other clichéd expression. I mean, I know none of us are really normal. Normal is just the mask that we all wear to get through the day and hide just how odd we really are. I may only be thirteen, but I’d figured that out a long time ago. However, taking into account the broad spectrum of lunacy that roams our country’s streets on a daily basis (some wear their masks a little more convincingly than others) I was pretty normal. I think I was relatively happy as well.

I looked up the dictionary definition of normal. Not just for fun, I’m not THAT weirdo, we had to do a school assignment about this. The definition is ‘conforming to the standard or the common type’. Yeah, two months ago I did that pretty well. Albeit, for our assignment we had to come up with things about ourselves that we felt were different. Above average. Not the ‘standard or common type’. It is very difficult to do, particularly as like any other high school student I spent the vast majority of my time trying to fit in, and if I was good at anything I certainly wasn’t going to let on at the risk of ridicule. My assignment was therefore not my strongest. However, if I was to be completely honest, and I think you can tell by now I’m not holding a great deal back, I did write a list of my personal pros and cons (before screwing it up, and most likely burning it). The list was something like:

PROS:
• Athletics – I am a good runner. No, actually a great runner. County 800 metre champion in my age group. Hoping to be selected for national trials next year. Or I was.
• Brain power – I’m bright, and I know it. Not in a cocky way. My Aunt is some sort of Doctor or Psychologist and she tried out some new tests on me. I scored in over the 90th percentile in all areas and my IQ is pretty incredible. I’m basically a genius. Clearly modest as well. Nobody knows this though, nor do they need to.
• Good person – I think I’m a good person. I say my pleases and thankyous. I don’t go out of my way to upset anyone. I apologise randomly for no particular reason – that sort of thing.

CONS:
• People skills – I’m very shy. Painfully shy, you could say. Not to say that I don’t have a personality, it’s just internal. Deeply so. My parents know the real me – well, for the most part. Unfortunately, they are now the only ones.
• Social awkwardness – I probably get mistaken for being rude. I’m not trying to be, I just don’t want to engage in talking to people I don’t know. I can’t say for sure why this is, I just know it’s a bad idea.
• Looks – ok, I know every teenager thinks this. I don’t like the way I look. What a cliché, blah, blah. I hear you, and I wish I was the exception. Alas, I’m skinny, I have a plain, uninteresting face and thick matted hair like a brush. I’m over it, it’s fine – just telling you. No dramas.

Anyway, I digress. That was me two months ago. Then everything changed. Normal went away. Something much darker took hold. Nothing would ever seem normal again.

Two months ago, I lost Finny.

Author Bio:
Sam Bartram was born in Nottingham and lives in beautiful rural Norfolk, England, with his wife and two children. When he is not writing, Sam enjoys running, walking, singing, watching sport (particularly Norwich City FC), travelling, theatre, film and spending time with his friends and family.

‘Finny’s Star’ is the debut novel from Sam Bartram.