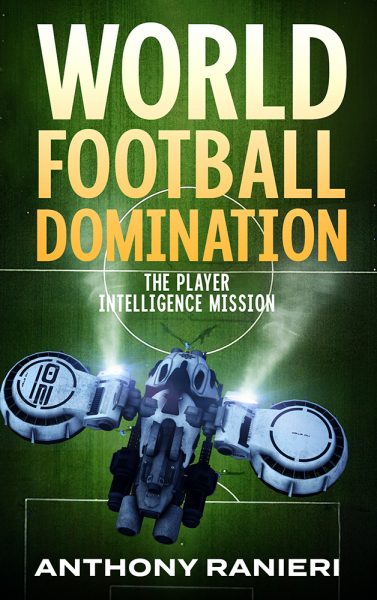 This is the second instalment of a football science fiction journey shared by two countries from opposite ends of the world.

Desperate to win the 2054 Football World Cup—Chinese operatives from the mission Ninjutsu project develop a spy drone to steal competitor information that will give them an edge during the tournament. But Gunnar Grimsson and his Icelandic technology—the player virtual identification system, have other ideas to thwart their bold move to dominate world football.

A new franchise for the drone technology—Colorado Glory FC becomes a target for the mission Ninjutsu operatives as emerging USA talent is driving their country into the top ten world rankings and a contender for the 2054 World Cup.

This all happens while Harry Duwala rises to become a football prodigy for Australia and the nation’s best chance of outperforming at the World Cup are dependent on his remarkable talents.

The 2054 World Cup becomes a playground for new technologies as the sport advances further into the future with enhancements never seen before. Winning the tournament has become more political than ever as some nations stretch the boundaries to wrestle control and establish their credentials for world football domination.