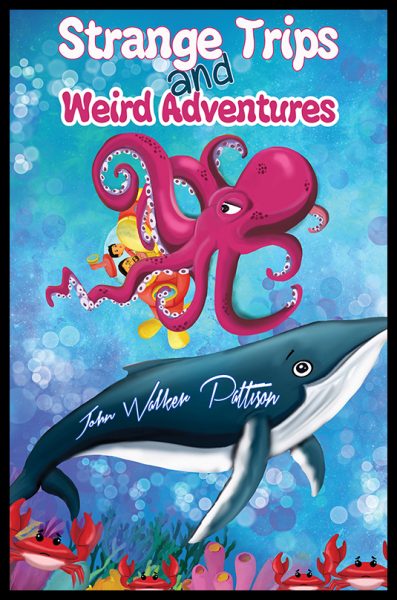 Strange Trips and Weird Adventures is a book of intrigue, a book of escapism, and a book of MAGIC.

Discover the real reason the Americans went to the moon in Strange Trips and Weird Adventures. Join Daniel and his best friend Papa, as they build an airship before sailing off to the Arctic Circle. Read about their fight with a Squidly Ridley, a giant squid at the bottom of the Ocean. The magic that occurs when Daniel receives a pair of tatty old football boots – because no one could tell a tale like Papa, not even Pinocchio!

Strange Trips and Weird Adventures is a book both boys and girls aged 7 to 11-years of age, will want to read over and over again while feeling as though they are participating in the adventures.

Papa had done it all, a champion rodeo rider, and an undercover FBI agent. He told Daniel of his fights with Tigers, Grizzly bears, and even monster sea snakes at the bottom of the deepest oceans. Papa even claimed to have been the first astronaut to fly a sherbet fuelled rocket to Jupiter. He once captured the Loch Ness Monster before letting it go again.

So, fasten your seat belt and join Daniel and Papa, on their Strange Trips and Weird Adventures to who knows where. But, wherever they go, TROUBLE is never far away.