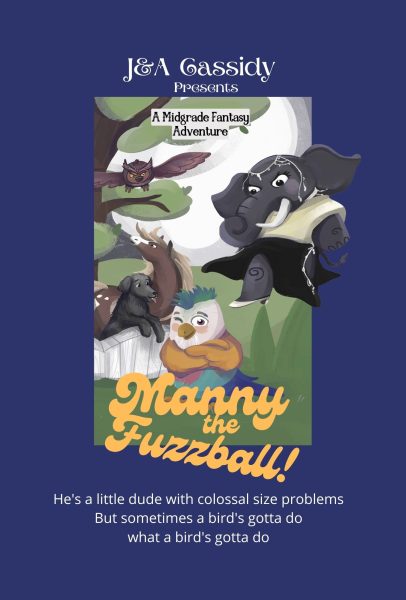 Liv’s an animal rescuer, beloved by animals near and far. be that as it may, there is an owl that despises all things belonging to humanity, and Liv’s right at the top of that list. He plans to rain down on her the full might of the animal kingdom. No force on the entire planet can stop that. However, there was a critical flaw in his plans—he should never have made that baby bird angry.
A baby bird overhears a horrendous plot to make a beloved human go splat. With no other recourse, Manny thrust himself from his protective nest and got those wings flapping. Mombrat had to be stopped. And thus begins Manny’s wondrous adventure where he meets a labyrinth of oddball creatures as he dashes to Liv’s side. Nobody messes with Liv and gets away with it. Nobody!