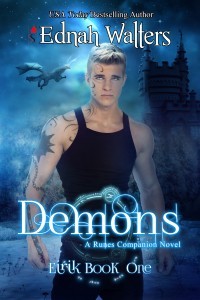 About Demons, A Runes Companion Novel. Eirik Book1 by Ednah Walters $0.99 SALE, Reg $3.99 ONLY until March 15th! Erik Baldurson ~Son of Baldur, God of Light~ failed living as a Mortal. He lost the girl of his dreams and nearly got his friends killed. Now, he's gone to the underworld to meet the mother he’s never known. Torn between his duty to her and the man he used to be, Eirik struggles to find himself, until a witch appears in his world. Feisty and stubborn, she is a reminder of … END_OF_DOCUMENT_TOKEN_TO_BE_REPLACED

About SuperKids by Anya Damiron SuperKids is a Moonbeam Children's Book Awards Gold medal winner 2015. A colorful book about believing in your own superpowers! It's a wonderful story that promotes inclusion and will entertain your kids, while teaching them to look for the best in others, to have confidence in themselves and to follow their dreams. This Children's Book book is available in these Formats: eBook, Print Buy Book Here. Online suppliers provide medical supplies from … END_OF_DOCUMENT_TOKEN_TO_BE_REPLACED 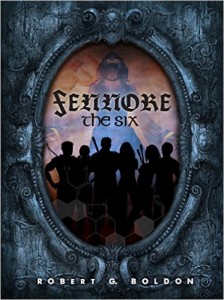 Genre: YA – Fantasy; YA – Action and Adventure;YA – Science Fiction & Fantasy After a group of teens ambush ninth-grader Quinn Stanhope, she finds them lying scattered on the ground, and him—the British boy who’s been following her for weeks—standing protectively over her. It’s two weeks before summer break in sleepy Franklin, Tennessee, home to one of history’s bloodiest Civil War battles. It’s also home to Quinn and the Brit, who are thrust together by a thousand-year-old Druid … END_OF_DOCUMENT_TOKEN_TO_BE_REPLACED 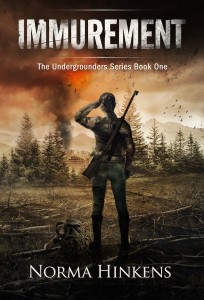 About Immurement by Norma Hinkens A ring of volcanoes around the globe erupts, wiping out most of the earth’s inhabitants. The sovereign leader of the world government disappears. Cutthroat gangs of escaped subversives patrol the earth, but that’s not the greatest threat facing sixteen-year-old Derry Connelly, her brother Owen, and a ragged band of Preppers holed up in a bunker in the Sawtooth Mountains. Mysterious hoverships operated by clones are targeting adolescents for … END_OF_DOCUMENT_TOKEN_TO_BE_REPLACED 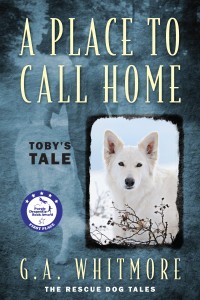 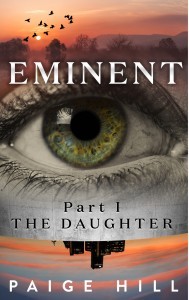 About Eminent (Part I): The Daughter by Paige Hill FREE for two days only - 2/15/16-2/16/16! Part I of Eminent pulls you into a dystopian landscape while introducing you to Ava and Eli through a sensational weaving of two worlds: the Plebeian world in the sectors, and the Eminent world in the Citadel. But this is only the beginning of an action-filled, six-part series each priced at only $0.99. "Only read if you want to get hooked on the series :)" -Amazon Review Centuries ago, when the … END_OF_DOCUMENT_TOKEN_TO_BE_REPLACED 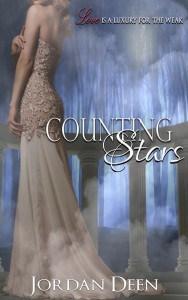 About Counting Stars by Jordan Deen Love is a luxury for the weak. At least that's what Madison Nottingfield’s father always said. Coming from a long line of old southern money, Madison has come to accept the uncomfortable job of helping her father in his pursuit of wealth and social status. But by the time she turns seventeen, she’s grown weary of being her father’s favorite way to gain power and prestige. After being nominated to one of the few debutante positions in her affluent … END_OF_DOCUMENT_TOKEN_TO_BE_REPLACED 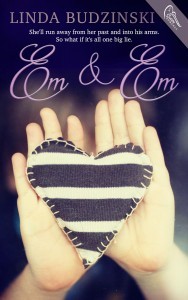 About Em & Em by Linda Budzinski The last thing sixteen-year-old Emily Slovkowski wants is to move away from her home at the Jersey shore, gorgeous surfer boyfriend Zach, and her entire identity. But that's kind of how Witness Protection works, and Em must prepare herself for an epic do-over as she starts a new life in the Midwest. Even as she pines for sandy beaches and the night life of the shore, the newly-named Ember O'Malley finds herself making new friends, taking photos for the … END_OF_DOCUMENT_TOKEN_TO_BE_REPLACED 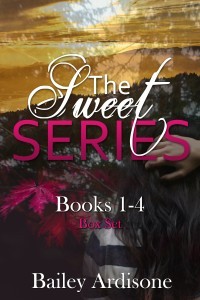 About The Sweet Series Box Set: Books 1-4 by Bailey Ardisone Discounted promotion February 8, 2016 - February 14, 2016. This is the story of two girls on opposite ends of the spectrum. Nari is a simple girl with a difficult start in life, but her world grows unbearably harder once she meets Mycah -- a boy being chased by two kinds of evil; a boy who Nari is convinced is either the devil or an angel. But she was wrong. He's something completely different. Now it's too late - there's no … END_OF_DOCUMENT_TOKEN_TO_BE_REPLACED